But not alone...
With my handsome Rafaaaaaaaaaale M(agique, Marine or Mamour...), a SEM, a Dauphin and even an Hawkeye !!!
Sounds like the menagerie of a new Zoo somewhere...
No, no, no...Come on...
Do you remember last time, when I talked about my beloved CDG (here) ?
I have told you I was wearing something I should not have worn actually...
Something to be regretted bitterly this day !!!
I could not go down nor up
And my CDG could not even move ?
Why ?
To be continued...(only if you find the answer...)!


Have you ever seen an aircraft with an hairdo ?
If I tell you E-2C ?
Nope, it is not the father of 6-PO.
No, no, it's not Star Wars here
You do not know the Hawkeye then ?
He is so cute though. With two huge turbines prop and a gigantic hairdo.
He could have been drawn for a cartoon.
He can even looks like my Beechcraft in a very foggy day, very foggy day indeed my friend!
But, why is he so special ?

Because of its big hairdo which is called a "rotodome" (where a radar antenna is enclosed).
At 2.31 (you see him perfectly well).
Lucky you, a new word for your scrabble, thank you Sixtine!!
This aircraft is undeniably unique and very special .
You cannot miss him and he cannot miss you either...
He will detects and tracks any aerial targets...
Between you and I, I wish I have a kind of Rotodome myself.
To detect and track any lousy men in my life...
I may have a few words with NorGru then...

As you will see, they are a little bit different.
I will explain it very briefly.
The SEM will have a long steel cable (called an "elingue") at 0.25.
It is attached under the SEM to a hoof for the cat-shot.
This "elingue" will then be dropped in the water after the cat-shot (plouf dans l'eau)!
Rafale M (and Hawkeye) will not use the same cat-shot system as the SEM.
They will be attached by a metallic bar (at 0.21)connect to a hoof (this bar will not be dropped afterwards!!).
The picture below is absolutely perfect to illustrate it actually. You can see impeccably well the metallic bar and the hoof attached to a Rafale M.

At 1.25, the Dauphin (Pedro on the CDG) which is a lovely Helicopter.
His mission : to try to locate all the elastic bands or sunnies I have lost...
Of course not. I am joking.
This helicopter is a back up. He is The SAFETY helicopter !
He's here to monitor all the aircraft movements (cat-shot and deck landing) by day or by night...
He's here to be sure that everything will be all right...

Voila! An aircraft carrier is a composition of many units on it, around it, above it and under it !!!...
The addition of all, makes one : the impressive and majestic Charles de Gaulle Aircraft Carrier!
0.56 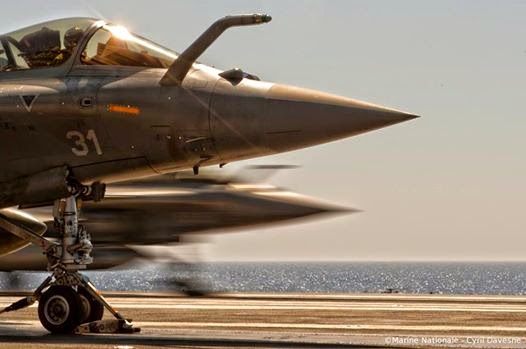 Enjoy this splendid video made by Angel (he's my favorite with Hugo Posamai. Yes, I know, you know it by now..) from and for the French Navy specialized and embarked on the Aircraft Carrier Charles de Gaulle.